Gift Ideas for Your Writer

Sometimes buying gifts is just down right hard!
Here are just a few ideas for gifts for the writer in your life.

There is no real ending.
It's just the place where you stop the story.
--Frank Herbert
Posted by Rayne Rachels No comments:

The writer plans out her story. She lets the outline sit a few days or longer before she starts writing.

And then it happens...

For one reason or another the writer changes some of the details she originally planned.  Maybe they change...
In my case I changed a character from being a bear shifter to a cat shifter.

The character was actually a minor character , but the change could lead into a new series.

The character in question is actually Noah Stone from Chasing Tara. Noah is Tara's stepfather. He's a bad ass lawyer--the kind you want on your side, not working against you.
In this book he's the "walk-on" character who speaks for a few minutes and then is never seen again, though is mentioned several times.

Why did you change Noah Stone from a bear shifter to a cat shifter?

I first envisioned Noah as this huge, bad ass, Polar bear, but a weekend outing changed that.

We had set up over travel trailer on a piece of property that's wooded, has a couple of stock tanks (ponds, if you prefer), cows, and various wildlife.  While the guys were finishing up, I decided to take a walk around the bigger tank. Honestly, I was scoping out the tank for the best fishing spot. As I walked around, I saw a lot of animal tracks--cows, wild hog, deer, dog, possibly coyote, and a cat.

I knew, from the size of the tracks, the cat was big--maybe a bobcat, but more likely a mountain lion. Of course, the guys told me there were no mountain lions in the area, that the tracks were most like a bobcat or a big domestic cat.

Finally, to solve disagreement (and prove me wrong), DH put up his game camera. He pointed it at the trailer.

The next weekend, we retrieved the camera. When we got home, we went through the pictures--frame by frame.
Several raccoons came and went. A little later a fox made an appearance. The raccoons came back and played some more. A few cows moved through the area.

And then it happened!

A mountain lion showed up. It was probably about sixty to seventy pounds. It meandered around, left the area, and later came back.

Yelp! I was right!
We had a big kitty cat.

I don't know if the cat was hungry, or tracking our scents, or what. But it came into the clearing within fifteen feet of the trailer. That cat was brassy. That's when I started thinking being a cat shifter would fit Noah Stone much better than being a Polar bear shifter, and maybe he will show up again in his own series.
Posted by Rayne Rachels No comments:

Another tombstone in Bryant Station Cemetery. As you can see, one side of the cemetery is overgrown.

You fail only if you stop writing.
--Ray Bradbury
Posted by Rayne Rachels No comments:

Everyone is writing down his or her resolutions.
The ads on television are geared toward the resolutions of losing weight and getting fit in the new year. (In January, the gyms are full of people, but by March, the gyms are not so full.)

Several years ago, I quit making resolutions, because I never kept them. Things started out great, but after a few weeks, I lapsed back into my old habits. I couldn't keep my resolutions.

I started thinking about the whole process, and I realized something. I really hate the word resolutions. It sounds like it is something that is meant to be broken. So I decided to quit making resolutions.


This sign is on the gate, marking the entry to Bryant Station Cemetery. When you drive down the road (a gravel and dirt path), it looks like you are on private property and going out into the middle of nowhere.
Posted by Rayne Rachels No comments: 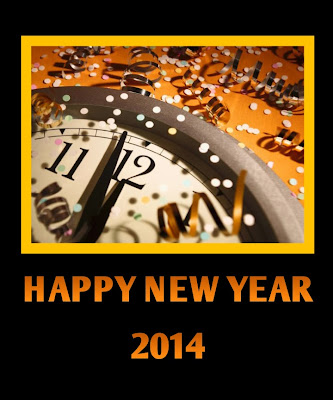