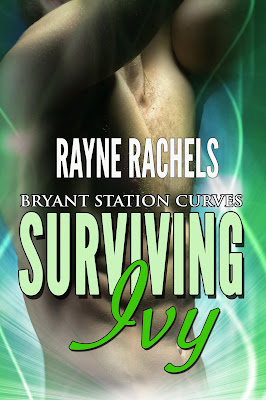 He is a bear shifter.
She is a witch.
They shouldn’t be mates, but they can’t live without each other.

Ivy Braxton has almost no magical skills. She is a klutz and has a curvy figure. Her parents ignored her and deemed her not good enough to be an active member of the Braxton Coven. But when Ivy starts having nightmares about her mate being killed by a demon, she is willing to risk everything to protect him, even if he rejects her because she is a witch.


Ben Anderson never expected his mate to be a witch. But the curvy little witch is his and he will do whatever it takes to protect Ivy Braxton from the demon that is after her, even if he has to give his life in order for her to live.


Book Excerpt:
“Are you okay?” The deep, rich male voice was right next to her ear.

“Double hockey sticks!” Ivy realized she was lying on top of a man. The man who had just saved her from planting her face into the cement. “You shouldn’t have done that…I mean...thank you for saving me. But now, I’m squishing you.” She tried to get up but the man wouldn’t release her. “You have to let go of me so I can get off of you. I don’t want to hurt you anymore than I already have.”

The man chuckled, causing Ivy’s whole body to shake with his. She closed her eyes and took a deep breath. The sweet scent of peppermint and musky male odor filled her nose. Desire rippled through her body. She no longer wanted to get up. 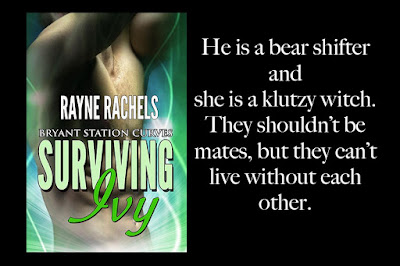