Creating Meals for the Work Week

I hope everyone had a wonderful Thanksgiving holiday. If you're like me, Monday means going back to the day job. 😦 One of the things I really hate doing is figuring out what to pack for lunch. Frozen dinners are often a hit and miss game. I get tired of sandwiches all the time. Plus, I'm not a big fan of lunchmeat. I would rather have a peanut butter sandwich (absolutely no jelly of any kind--YUCK) than lunchmeat. Usually I take leftovers, but I've cut down the size of meals I used to cook so more often than not, there are no leftovers.

So I'm trying something this weekend that I've thought about but never acted upon. I bought some plastic containers with snap-lock lids that can go from freezer to microwave to create my own frozen dinner of sorts.

Yesterday, I made a batch of homemade cornbread dressing. (There was none leftover from Thanksgiving.) I put a layer of dressing in the bottom of the pan and then a thick layer of chopped turkey (from a second turkey DH cooked just to freeze for meals), and then a layer of dressing on top.  After it cooked and cooled, I packed it into the containers with a little turkey gravy on top. I now have 9 turkey and dressing meals in the freezer, and some turkey left to dice for soups or tacos or a rice dish during the week.

Tomorrow, I'm going to make another set of lunches from the extra ham DH smoked. I'll make some smaller containers of sliced that can be warmed for sandwiches, and then some containers that will have ham and mashed potatoes with brown gravy. I'm also dicing some ham for omelets and other meals during the week.

When I make chili, I've frozen large and single meal size containers for later use and that has worked out really well. Maybe next weekend, I'll make a large pot of chili and put some in the freezer for lunches.
Posted by Rayne Rachels No comments:

Email ThisBlogThis!Share to TwitterShare to FacebookShare to Pinterest
Labels: food 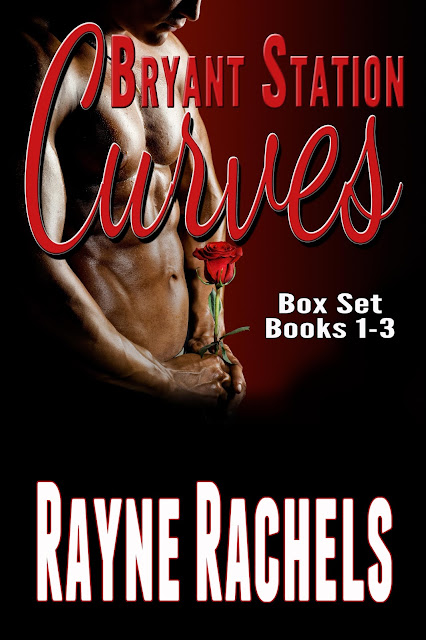 The weather is colder...well, at least a little cooler here in Texas...and everyone is getting ready for Thanksgiving. This is the first holiday in the rental. So far, the smaller kitchen has been a bit of a challenge. There is almost no counter space, so it gets interesting when prepping meals.

Last night DH and I got the turkeys rubbed down so the spices can soak into them. DH will smoke them tomorrow as well as several hams. You probably noticed I said turkeys and hams, as in more than one of each. This year DH is smoking turkeys and hams for several friends and for the Child and his family.

In a little while, I need to venture out to the grocery store which is a real adventure during the holidays. That's why I plan to go early this morning to hopefully avoid the rest of the last minute shoppers.

I'm also working on Joy and Theo's story which is book 7 in the Bryant Station Curves series.  Since I scrapped the original beginning and started over, the story is flowing much better.

I hope everyone is having a wonderful holiday.

This is the first year in almost a decade that I'm not watching the Christmas tree tent go up as I drive to the day job each morning. It feels really strange not seeing the sights I'm so used to seeing. But change is what happens when you move to another location. In my case, the move was to a whole new town. The new home we're renting is not my favorite place, and after almost three months, I'm still struggling to get my bearings, though it is getting better.
This November, my drive to work doesn't have any signs of the coming holidays like the tree lot was a sign for me. In fact, there is no tree lot of any kind on my route to the day job.

Even with all the changes, I feel like I'm more ready for the holidays this year than I have been in the past. I'm most definitely ready for some vacation time so I can relax and get some writing done.

I'm working on Bryant Station Curves, Book 7 which is Joy and Theo's story. I rewrote the outline several times before I started writing their story. And then I started writing. The beginning I had planned wasn't working, so I scrapped it and have started over. I also had to make changes in my outline, but I did the right thing.

I'm off to write.