The Durant Brothers trilogy is wrapping up.

Book 3 will be out August, but until then... 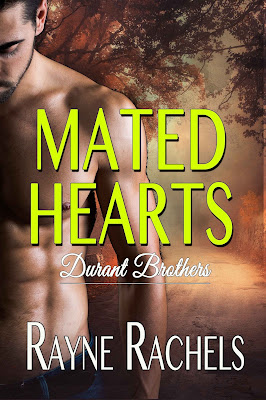 Forrest Durant felt like beating his head against the wall. The only problem was he wasn’t sure it would help or just damage his head. He definitely needed to let his bear out and go for a run before he did or said something he didn’t really mean or at least shouldn’t say out loud because it would be hurtful to the people he cared about. Maybe the freedom that came with roaming the woods would help his mood.

He knew what was wrong.

The desire for a mate and family grew stronger each day, and being around Ben and Ivy didn’t help. Even after being mated for two years, they constantly touched and kissed each other. Forrest was happy for them, but he was also envious of them. He wanted what they had.  He wanted a mate and hopefully a cub or two and the waiting for them to come into his life wasn’t helping his mood. 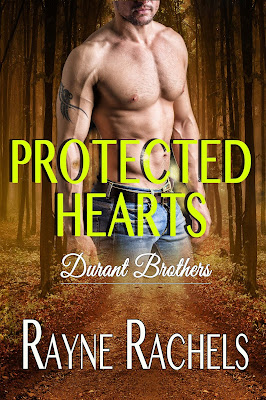 Emma Starr pulled the last book out of the cardboard box and put it on the shelf with the rest of the books she had just shelved. She stared at the romance books and sighed. Normally she loved stocking new books, especially romance books, and setting up the small displays throughout her bookstore. It gave her a chance to daydream about her future…a future just a couple of years ago she never dreamed she would have. But today she was struggling to keep her mind on the daily tasks needed to run the store and away from the nightmares she started having a few nights ago.

For several weeks her nights had been filled with wonderfully hot dreams starring a very sexy bear shifter—a bear shifter who was her heart’s mate. Emma smiled. The goddess hadn’t forgotten about her like her aunt and cousin were constantly telling her as she grew up in their house.

Emma was excited and couldn’t wait to finally meet her mate. She hoped he would be able to look past the scars running down the left side of her face and disappearing under her clothes. For years she had protected herself and her heart from the cruelty of others especially her aunt and cousin who she was forced to live with after her parents were killed in the car wreck that had left her with the scars.

But as much as she worried about what her mate thought about her scars, she had a much bigger worry that was eating away at her heart and soul.

Her mate was in mortal danger.