Still around the corner there may wait,
A new road or a secret gate.
--J.R.R. Tolkien

If you do not change direction, you may end up where you are going.
--Lao Tzu

Your big opportunity may be right where you are now.
--Napoleon Hill
Posted by Rayne Rachels No comments:

Have a wonderful Mother's Day!!!

Email ThisBlogThis!Share to TwitterShare to FacebookShare to Pinterest
Labels: holidays 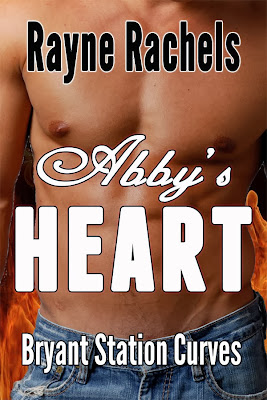 Fifteen years ago, Abby found the man she knew was her other half, her mate, but he shattered her heart with his betrayal. Surrounded by her family and her step dad's pack, she has built a life and a successful restoration business, but one thing is missing from her life--her mate.

Fate brings the two back together when Abby takes on a multi-milli0n dollar restoration project in Bryant Station. Not only does she find her mate, she also find st he evil that drove them apart years ago--an evil that has decided she will die.

Aim for the moon. If you miss, you may hit a star.
--W. Clement Stone
Posted by Rayne Rachels No comments:

Spring is finally here!
And unfortunately, the snakes are here too.

Some of you may remember several months ago when I told you about my experience with a coral snake in the house. Honestly, I've been a little paranoid since. I really don't want to find another one in the house.

My "backyard" is basically a huge grassy field with a fence dividing the property I live on from a huge field, but one that actually has crops growing in it. There is a grounds guy who mows the field, but with the rain we've had, the grass and weeds are growing like crazy. DH usually walks the perimeter, but he hasn't done it lately because he's already come upon two snakes partially hidden in the grass.  And then yesterday, he was walking the paved road that circles through the neighborhood and came upon the a rattlesnake that someone had run over. I know, that's just three snakes, but that doesn't count the ones his coworkers have come across.

Yes, we have common grass snakes which are harmless, but the snakes that are making an appearance are rattlesnakes, copperheads, and coral snakes. The first two are aggressive, but all three are poisonous. Because of the number of rattlesnakes, DH as has wondered if there's a den around here. I hope not, but I wonder...
Posted by Rayne Rachels No comments: