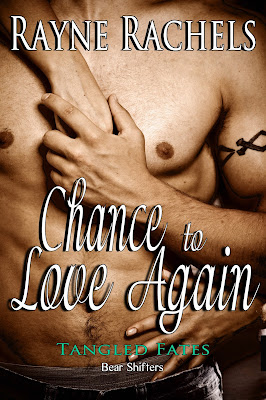 
Quote:
There was no way he was letting Fate pick a female for him. He didn’t want to take the chance of his one being human, especially the one he suspected Fate had picked out for him.

Tori Brooks, a curvy human, lost her mate and her unborn cubs in a car wreck ten months ago. She has grieved alone, believing her in-laws blame her for Ben’s death.Bear shifter, Brad Harris, believes human women are all gold diggers, and assumes the only reason Tori mated with his twin was to gain access to the family’s money. Brad refuses to have any contact with Tori because he doesn’t want to tempt Fate into making her his one—his mate. Brad has plans to settle down with a safe female bear shifter. However, a letter demanding money sends Brad to meet Tori for the first time. The mating pull is strong, but assumptions, tempers, deceptions, and the past are taking away Tori’s chance to love again.Will Tori and Brad overcome the obstacles they face and find love?
Available at:
Amazon
Barnes and Noble
Kobo
iBooks