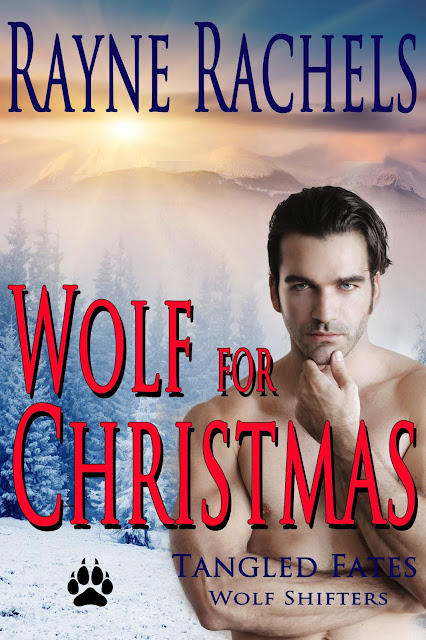 
A letter to Santa brings the only man Melanie ever loved back into her life, but the reunion is bittersweet. Melanie desperately wants him, but she knows he does not want her. Finn rejected her in high school.

Forced on vacation, Finn finds himself face-to-face with the only woman he will ever love, and the one woman he hurt the most with his cruel rejection.

Can Finn prove to Melanie that he really loves her?

Will Melanie follow her heart and give Finn a second chance?

“Walking in the middle of the road is just plain stupid! And doing it at dusk is idiotic! I could have killed you,” said Melanie as she stared up at the tall, dark-haired man. “Do you have a death wish or what?”
The man stared at her with the goofiest grin she had ever seen plastered on his face.
Melanie blinked and shook her head. “Did you even hear a thing I said?”
The man continued staring at her.
She sighed in frustration. “Do you realize I could have been killed when I swerved around you?”
A weird noise emanated from deep in the man’s chest.
Melanie’s eyes widened. “Did you just growl at me?” The words were out of her mouth before she could stop them. She knew he had growled at her, and the worst part was it did not frighten her. In fact, it had the opposite effect. It woke something she thought she had buried deep inside her years ago when she realized Finn Dalton would never want anything to do with her.
“I didn’t mean to scare you, and I definitely didn’t mean to make you veer off the road.” Finn grinned at his beautiful mate. He was not sure whom he should thank for his second chance.
The Fates?
Santa?
Honestly, he did not care who had given him the second chance, though he had a sneaky, suspicious it was the Big Guy. He was just glad he had gotten it, and there was no way he was going to let Melanie Clausson get away.
Melanie swallowed. She knew that voice. After all the years, it still haunted her dreams. The spark of desire his growl had awakened suddenly blazed into a full fire that threatened to burn her alive.
“Are you okay?” asked Finn. The scent of her desire wrapped around him like a warm blanket. The drive to claim and mark her as his rode him hard. He wanted his mate. His wolf was in total agreement.
“I’m fine,” said Melanie. She took a couple of deep breathes. She knew she had to get control of her body and her emotions. “Finn Dalton, what are you doing out here in the middle of nowhere at this time of the evening?” she asked.
Finn raised an eyebrow. “You know who I am?”
Posted by Rayne Rachels