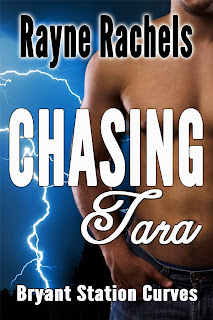 Tara Wilson and her daughter, Haley, are running for their lives.

They are only steps ahead of her brother-in-law who plans to use Tara to pay off his gambling debts, but before they can reach safety, their car breaks down outside of Bryant Station.
Jason Anderson’s bear knows Tara is his mate, and the bear will do anything to protect Tara and her cub.
However, Jason is not looking for a mate. His mate died years ago and bears only get one mate…or do they?

Amazon | Barnes and Noble | KOBO
Excerpt
Jason stared at the ugly bruise marring his mate’s face. “Who did this to you?” he asked Tara.
Tara knocked his hand away. “It doesn’t concern you. In fact, why don’t you go away?”
“That’s not happening.” Jason grabbed an empty chair from the table behind him and sat down next to Tara.
She frowned at the guy. “I think I told you to leave me alone.”
“You did, but I don’t listen very well.”
“That’s obvious.”
“Who hit you?” Jason put his hand on the back of her chair.
Tara turned to Lisa. “Do you know who he is?”
“Unfortunately, that’s Jason, my older brother and Ben’s dad,” said David before Lisa could answer.
“Has he always had the hearing problem?”
Ben and Lisa laughed.
“I don’t have a hearing problem,” said Jason.
“Obviously, you do, because I told you to go away and you didn’t listen.” Tara crossed her arms.
Posted by Rayne Rachels